The new Nikon D780 has been released and gives the D750 a much-needed update! Many who already have the D750 will be wondering what’s new and we will be diving into the D780 to see if this is the camera for you. The Nikon D750 is still one of the greatest cameras to purchase to this day, but now Nikon has put all of its innovations and implemented it onto the D780.

Nikon's DSLRs have never been known for their live view autofocusing but now that has all changed. The live view now has 90% coverage on both horizontal and vertical phase-detect AF, giving you a similar autofocusing to the Nikon Z 6. This is possible because the D780 shares the same sensor as the Nikon Z 6! So expect to be able to use Eye-AF and other similar features you see on the Z6 when you hit that live view button for the D780.

The battery life of the Nikon D780 has also gotten more efficient extending its battery life to 2,260 shots. Nikon has also improved on the durability and weather sealing by removing the onboard speed light which makes sense since it’s not a feature that often gets used anyway.

The D780 will also have dual UHS-II SD Card Slots to ensure fast writing speeds. The tilting LCD screen has a higher resolution along with its touch screen that is capable of pinch to zoom. Let's not forget the Snapbridge connecting your camera to your phone via bluetooth and Wi-Fi a feature that did not come standard in the Nikon D750!

For those who like the form factor of Nikon's more traditional DSLRs but feel like they’re missing out on the features of mirrorless cameras, this will be the one to check off the marks. You can pre-order yours today with Unique Photo and receive the D780 on January 23, 2020! 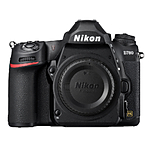 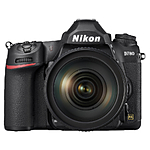