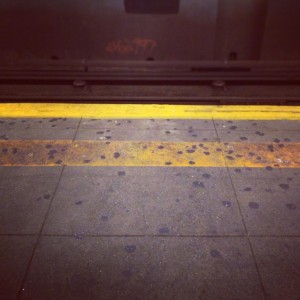 Yesterday one of my friends posted a picture of a subway platform from a long distance with the caption stating "This is how far back I will stand on the subway platform now, given that my worst, completely-unfounded fear came true yesterday (and then was so horribly depicted on the cover of the NY Post)." I sat for a while writing a long rant about how upset I was with the cover and promptly deleted it. The thought is still fresh in my mind, so why not take the whole subject to a ridiculous tangent? What's wrong with photojournalism?

I initially chimed in with this: The thought of someone (mentally unstable or not) pushing you in front of a speeding train is one our worst fears, but now on top of that we have to take in mind that someone might take pictures of your demise rather than attempt to help. 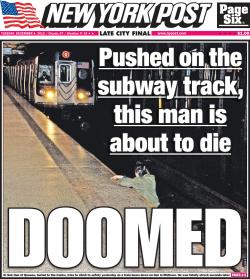 The Front Page at Fire

It's safe to say few are buying the story that the photographer was trying to alert the train by triggering his flash, but is it fair to place blame on just one guy when there were apparently a dozen other witnesses? Maybe, maybe not. Whoever was shooting video from a camera phone seemed fairly close to the altercation, but you don't see people raising their pitchforks towards them. Even if some of the bystanders could help, being thrown into a situation where you don't have enough time to react isn't an easy thing to endure. What most are enraged about is a combination of what happened after the photograph was taken: That the photographer was paid for his images and that it was given the front page with an utterly stupid, outrageously insensitive caption on The New York Post. To make matters worse the photographer stated he wouldn't talk to the press without compensation (apparently he went on the Today Show to defend himself and was not paid to do so). Although I don't expect anything less from the Post, it still aggravates me...This is what the world has come to. That provocative imagery of death is thought to sell. That photojournalists could be so exploitative in hopes of some meaningless exposure. The whole thing rubs me the wrong way on all accounts, as both a human being and photographer.

I understand that photojournalism is an important part of history. As if written word isn't enough, we rely on pictures to give us visual access throughout the world, especially in places of turmoil.  Oftentimes this involves capturing violent scenes in war-torn countries, images of poverty and destruction. What makes an image so powerful is how easy and effective it can tell a story without words. The visual language is universal. Photographers risk their lives to get these shots and many of the images they take are informative without the intention of being exploitation. Ultimately, it's a service to the public. 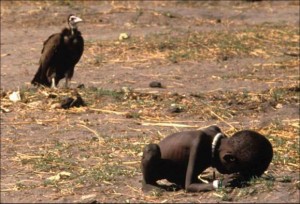 What I could never grasp is how journalistic integrity could mean sacrificing morality. Is objectivity really worth it when someone is harmed in the end? The prime example that gets thrown around is Kevin Carter's photograph of the emaciated Sudanese child being stared down by a vulture. It was reported that he took twenty minutes to frame up the shot before waving the bird away and when the image circulated in the New York Times he received harsh criticism for seeing the girl as a prop instead of a person. The question is: Could he help her? What gets overlooked is that he was ordered not touch those who where ailing to prevent the spreading of disease. If you were put in his shoes where people were dying around you all the time, what could you do? Carter received the Pulitzer Prize for this photograph and ended his life in the same year.

The sad truth is that this is a job. These photographers need to support themselves by getting thrown into terrible situations and then have to live with the images forever burned into their minds. Does this make the photographer the vulture? The difference between the photographer's dilemma and The NY Post's decision to publish the image is that the paper didn't have to make a difficult moral-conflicting choice. In the same sense that "sex sells" in entertainment, the media understands that "if it bleeds, it leads." Publications like The Post send people out on the streets looking for controversial stories and are the first in line to jump on images that will grab readers attention. They know that fluff and everyday news won't sell papers...throw a harrowing caption on an image that people can't look away from and they're bound to start a fire, even if it makes people shake their head in disbelief. 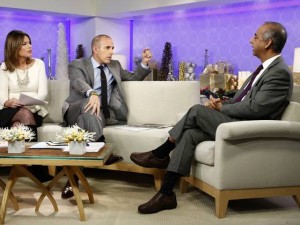 If we look at this current tragedy, the finger of shame can be pointed all around.  Photography may put bread on the table, but your innate responsibility should be to look out for each other. No job should condition you to live through a lens like a shutter clicking robot devoid of emotion. Whether or not the photographer did all he could to help the man is debatable, but there's no doubt that he could see a hefty paycheck in his future. Let's also take into account the smart-phone yielding public. When our initial instinct is to snap a picture instead of stepping in to prevent something like this, it's an ugly reflection of our society. It's not your job to upload pixelated video of fights on youtube.  Don't be a citizen photojournalist. Be a human being.

Looking at the grand scheme of things, we have to wonder if exploitation like this should even be considered news. Instead it's just fear-mongering that plays on our worst nightmares. Although the Post does it in a blatantly shameless maneuver, they aren't alone. The media will always broadcast the worst as long as people still hit the brakes to look at a car accident. At the end of the day news comes and goes, but the family members of the victims have to live with it forever.