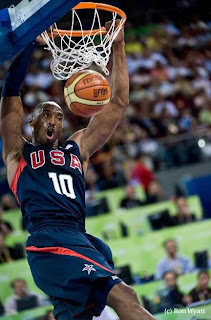 Back in Septemeber of 2009, we had Olympic photographer Ron Wyatt at Unique for a seminar on his experience at the 2008 Beijing Olympic games.  We're now proud to announce that Ron will returning to be our Special Guest Instructor at the Nets vs. San Antonio Spurs game at the Izod Center!

Ron is a self-taught photographer and has covered the NBA, NFL, and Major League Baseball. He has also photographed two summer Olympic games, the most recent being the 2008 Beijing Olympic games. His photos have appeared in publications such as USA Today, Time Magazine,  Black Enterprise Magazine, Newsweek TV Guide, and ESPN.
To see more of Ron's photographs, be sure to visit his site at www.ronwyattphotos.com!
Comment