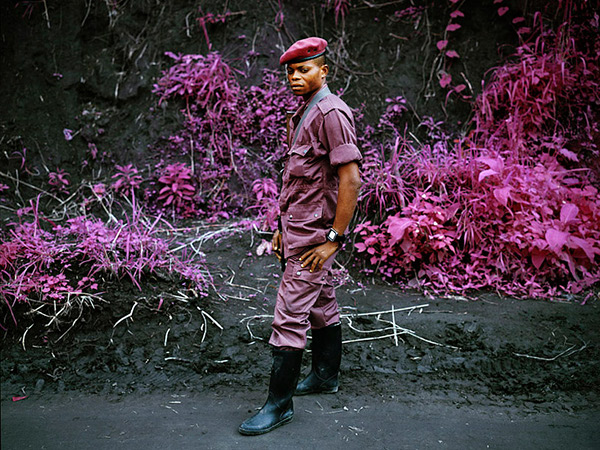 Documentary filmmaker Richard Mosse is quite clearly a risk taker. His latest film, "the Enclave", documented the political and social strife in the Congo over the past two years. Traveling to such a conflict-torn area in itself takes a lot of courage; shooting a full-length documentary in infrared film ups the ante dramatically. 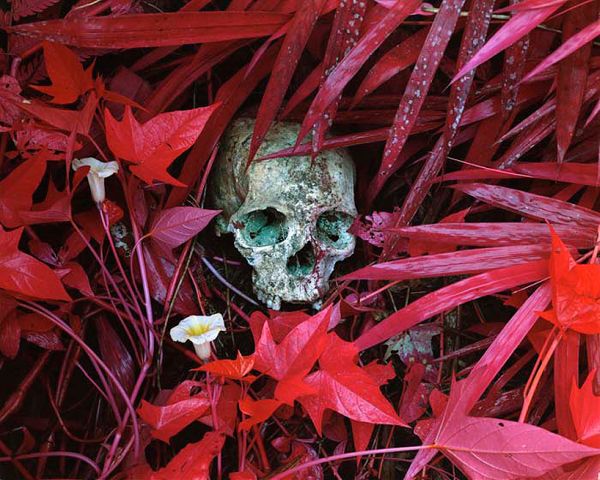 His rationale for these decisions are based in "making the invisible, visible". Over 5 million people have died since 1998 in the country, and it's something that we rarely see in mainstream media. Thus, Mosse decided to take this out-of-production and slightly-expired film with him to metaphorically bridge the seen and the unseen. Foliage burns into your vision with a roughshod, grainy pink, turning your world briefly upside-down, much as you would feel if suddenly deposited into a place like the Congo. The people seem to be either ambivalent or hostile to the camera, but not in the typical sense: a lot of the soldiers put on intimidating poses for the lens, rather than try to evade it, and it's a testament to Mosse that he stuck around to shoot this much footage in such a volatile place.

The film will premiere at this year's 55th Venice Biennale. Here's hoping we get a chance to see it soon; the creative choices here just might pay off.

Tim Kauger is a blogger and photographer based in Short Hills, NJ. You can visit his website here.