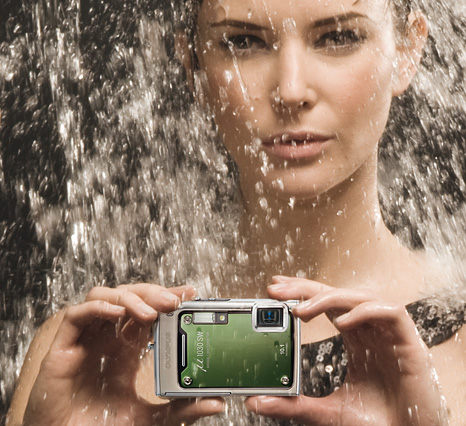 "Consumers' passion and excitement for our tough cameras has continued to grow throughout the last three years, and they love the freedom of being able to capture beautiful images where other cameras wouldn’t dare to venture," said Mark Huggins, executive director, Brand Marketing, Olympus Imaging America Inc. "Once our innovations moved beyond purely shockproof and waterproof – some Olympus cameras offer freezeproof and crushproof – the SW name became limiting. The Stylus Tough brand will be more descriptive and visual, and will provide us with greater flexibility as we grow this and other camera lines."

The current line-up of Stylus SW cameras offers different levels of durability, providing consumers with options that best meet their needs. Cameras that are shockproof and waterproof are perfect for those who want worryproof, kidproof or lifeproof shooting. Building on these original tough features, other cameras also offer freezeproof and crushproof capabilities for those who seek adventure from the highest slopes to the most tropical depths and want to take their cameras anywhere to capture brilliant images.

The new Stylus Tough brand will enable the company to expand the line-up beyond these current tough benefits, and will be even easier for consumers to quickly understand the cameras’ unique benefits. If it is not waterproof, shockproof, and freezeproof, then by Olympus standards, it is not "Tough." It also allows the company to offer one or more of these unique features in other Olympus camera lines. According to a recent study, many consumers looking for a new digital camera chose durable, weatherproofing as a feature they desire.

Olympus continues to be an innovator, developing new technologies to expand the frontiers of digital photography and leading where others have followed. Proof that Olympus enables consumers to capture it all. Specific details on the current Stylus SW cameras are available at www.getolympus.com. The new Stylus Tough cameras will be introduced in early January 2009.