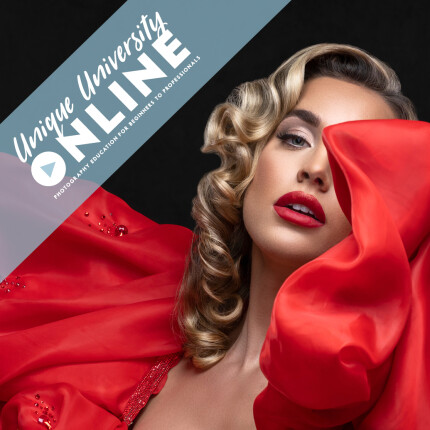 Join Unique Photo in welcoming Jerry Ghionis, Nikon Ambassador and the most awarded photographer of WPPI, during our NIKON TAKEOVER! Be inspired as Jerry teaches you how to understand light in the simplest way you've ever heard or seen it explained. By likening it to water, you'll learn how to approach any light source, even if it's one you've never used before.

The goal is to be able to practice these lessons on your own, and understand how good lighting is not only meant to be flattering, but also purposeful.

HOW TO WATCH: Once registered, this video will be available on your account under "Unique University Online" at the date/time below. This will NOT be recorded, so please do your best to tune in 5 minutes early. You can also watch this video tutorial to see how to access this and all of your other online classes.
WATCH LIVE
June 12 @ 11AM - 1PM EDT

There are currently no upcoming classes.

A Nikon Ambassador, Jerry was named the Australian Institute of Professional Photography (AIPP) Fashion Photographer of the Year and represented the wedding and fashion industries in the landmark Nikon D850 camera campaign.

Named by PDN magazine as one of the top photography workshop instructors in the world, Jerry is also the inventor of the revolutionary Ice Light (a portable hand held LED light). The Jerry Ghionis brand has become synonymous with excellence, mastery and innovation in the photography industry.