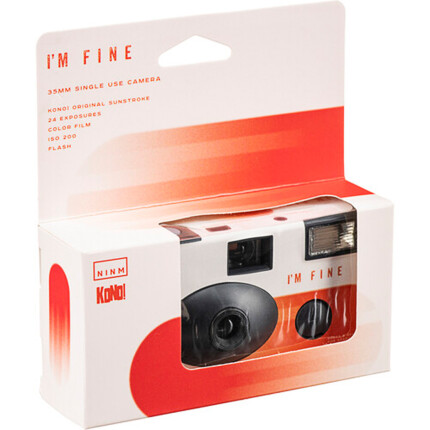 The SUNSTROKE edition KONO I'm Fine Disposable Film Camera is a single-use camera pre-loaded with a 24-exposure roll of ORIGINAL SUNSTROKE 200 color negative film. The SUNSTROKE version produces a red light leak effect, as if exposed under sunlight accidentally. It brings a playful feeling while retaining the characteristics of films creating surprises in every picture taken in the beginning of summer. The camera itself has a fixed-focus wide-angle lens, clear window viewfinder, and a built-in flash with a 3.3-9.9' range.